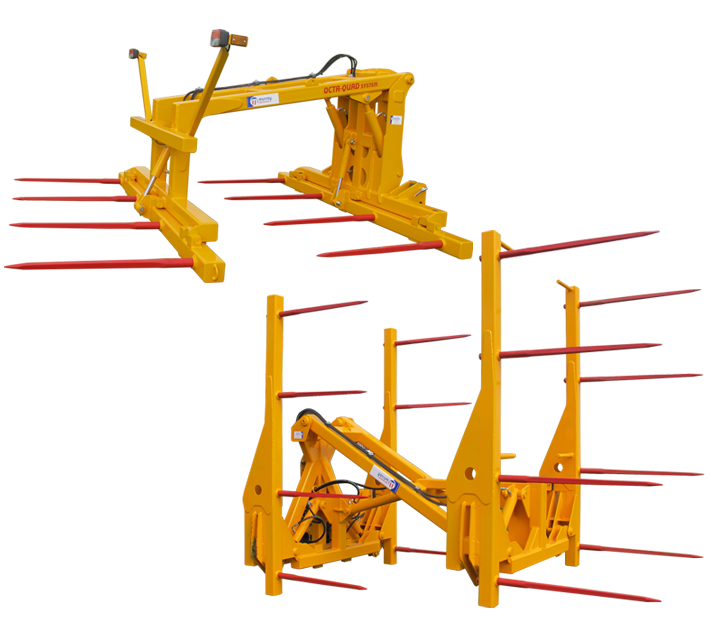 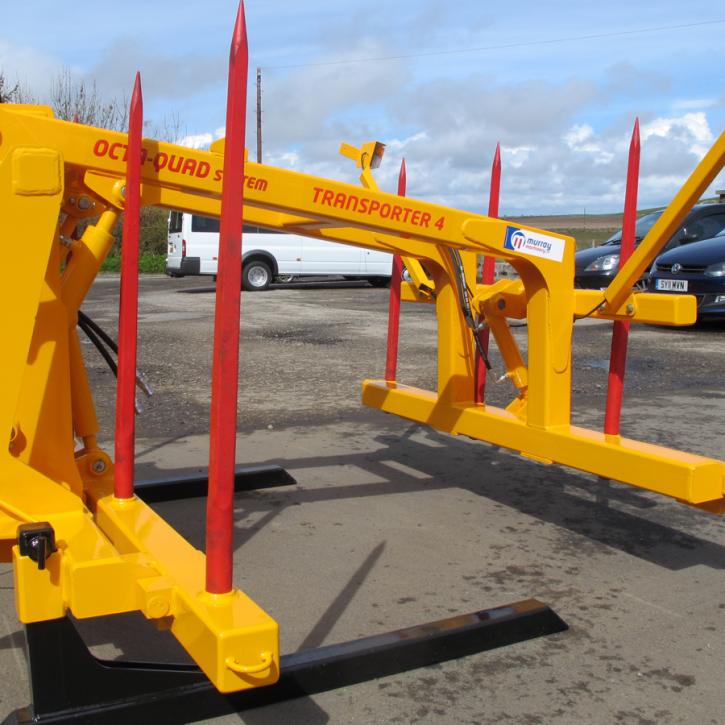 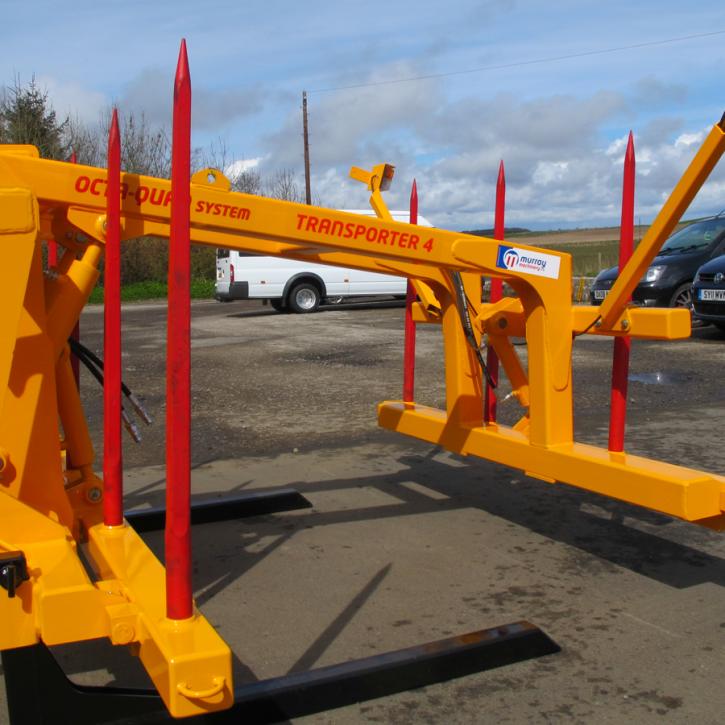 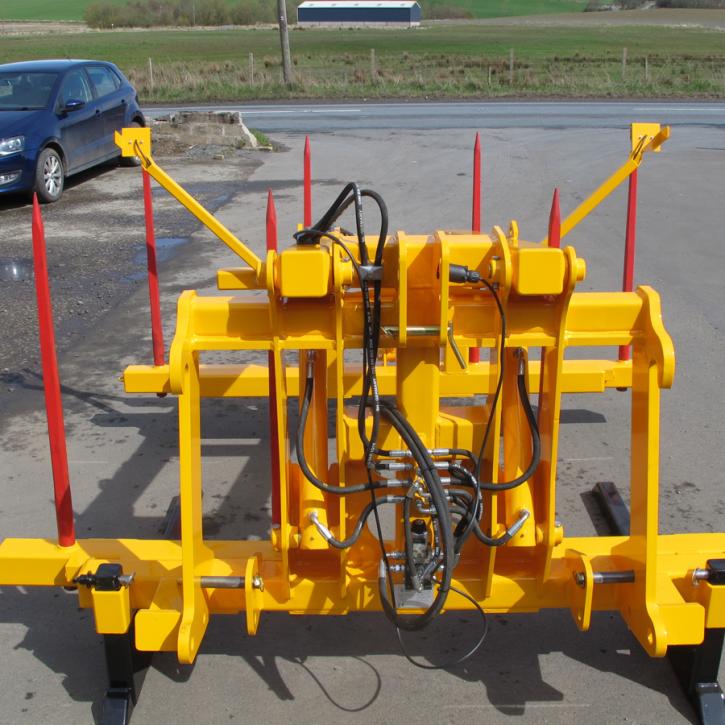 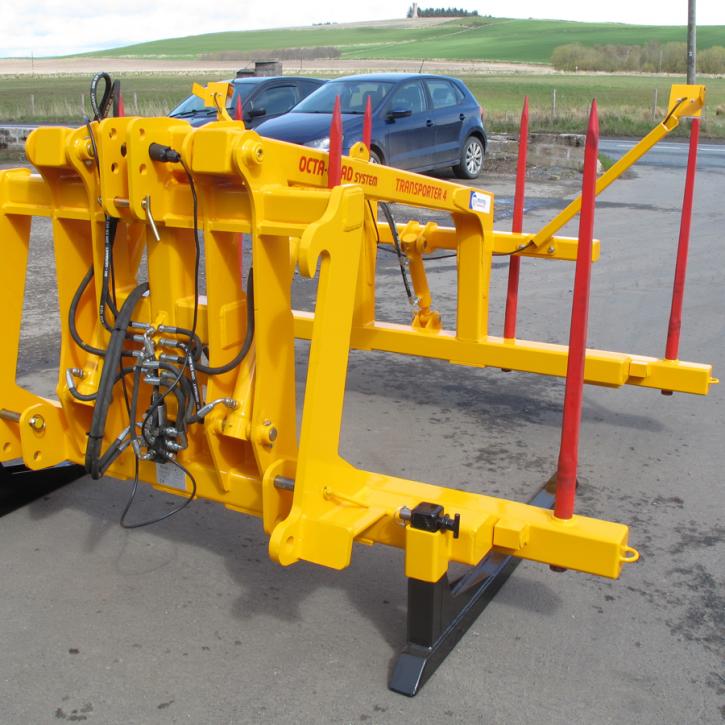 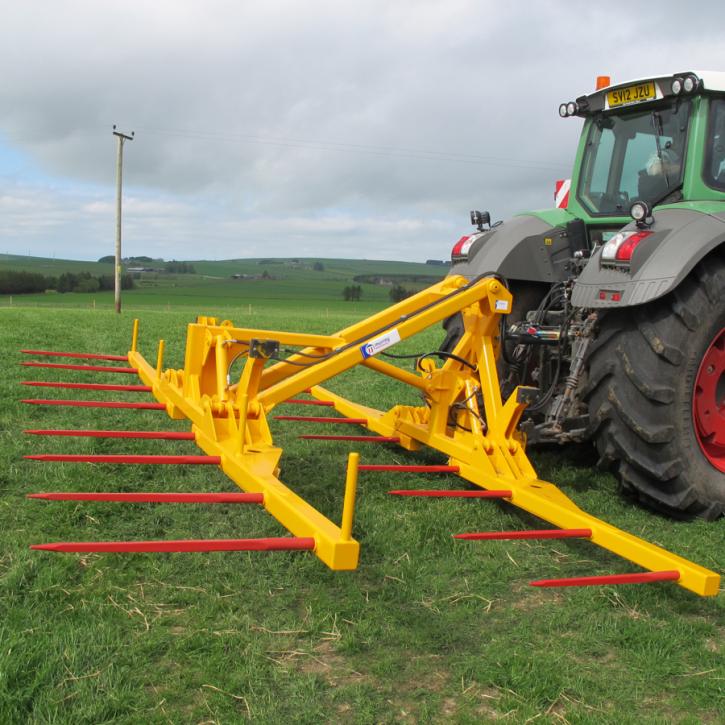 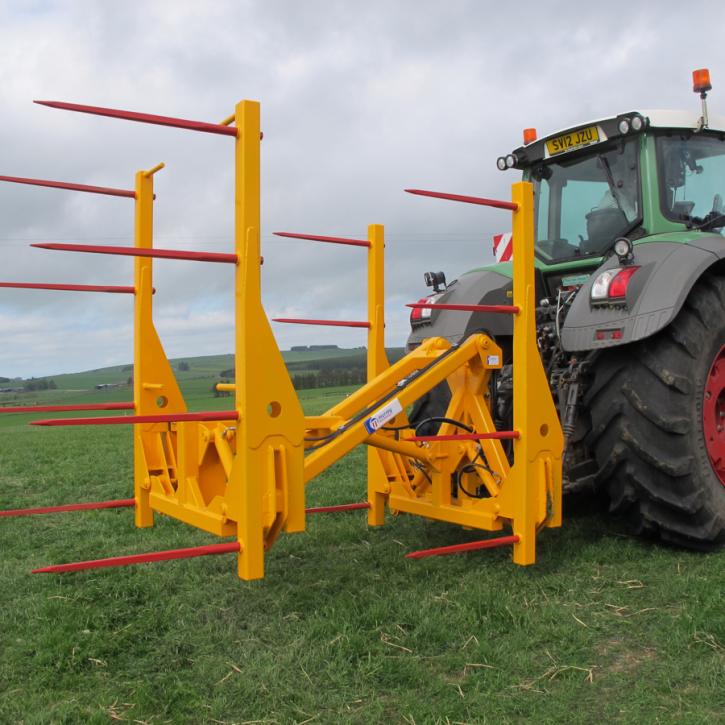 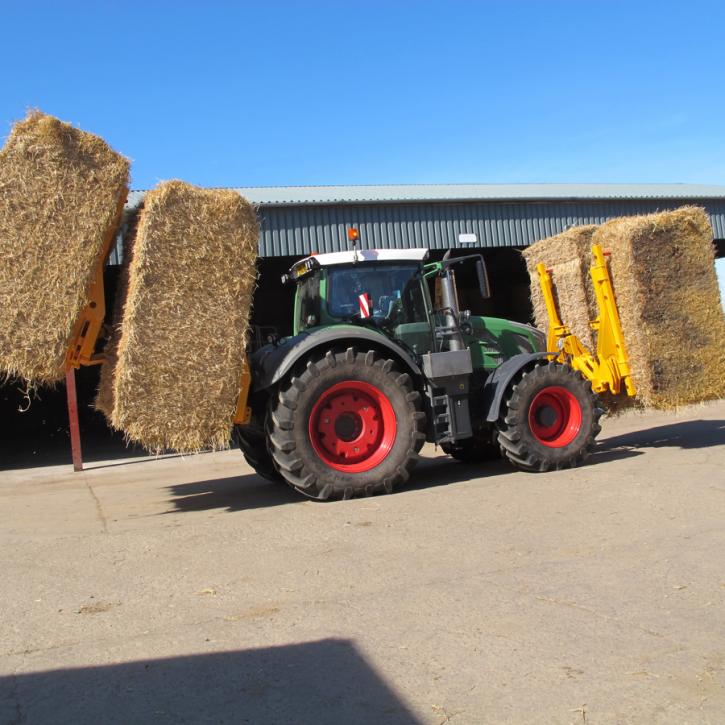 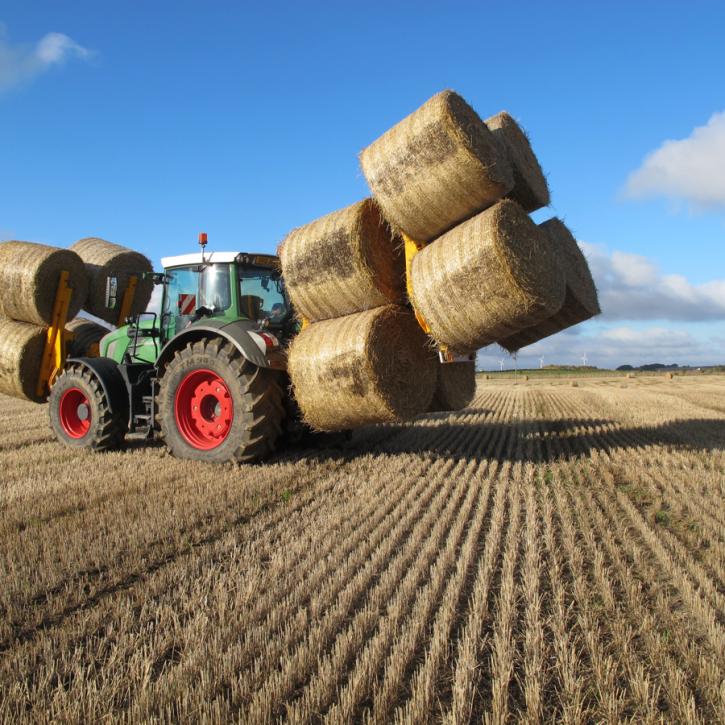 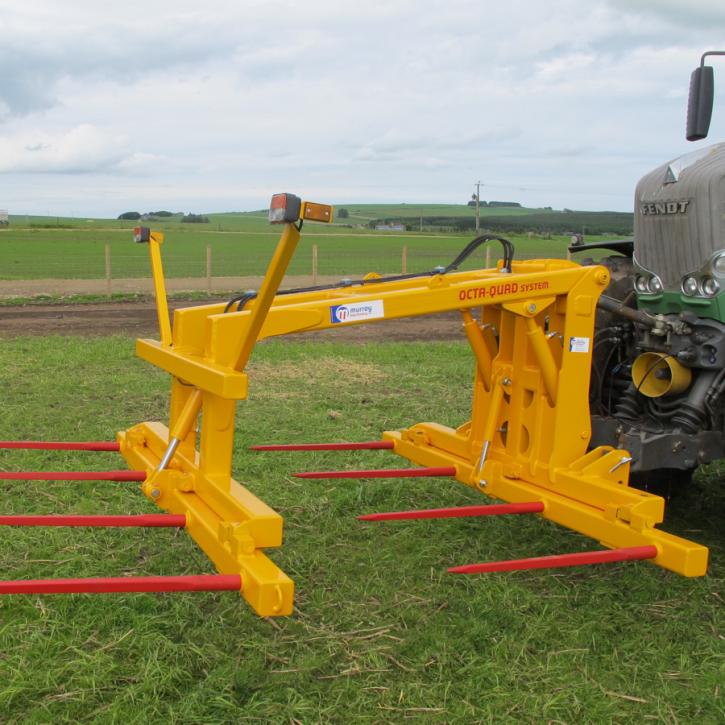 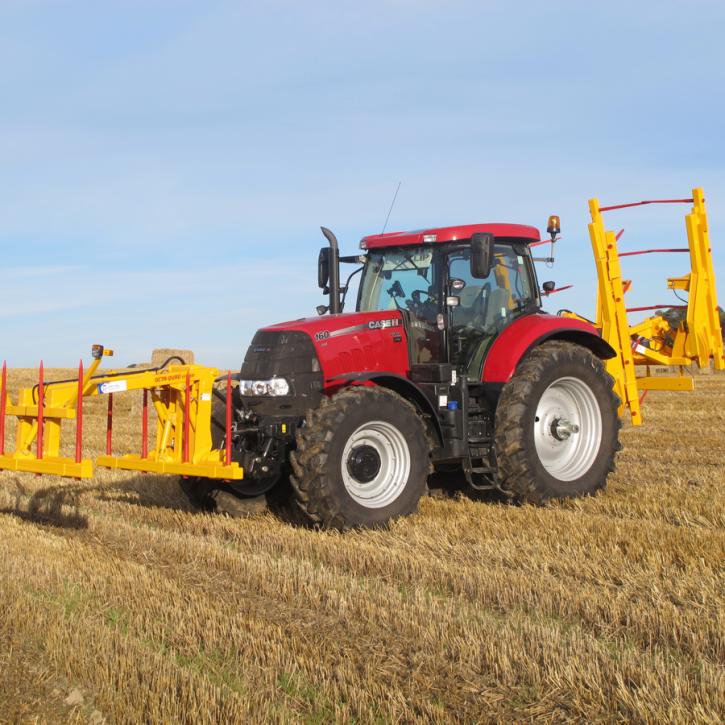 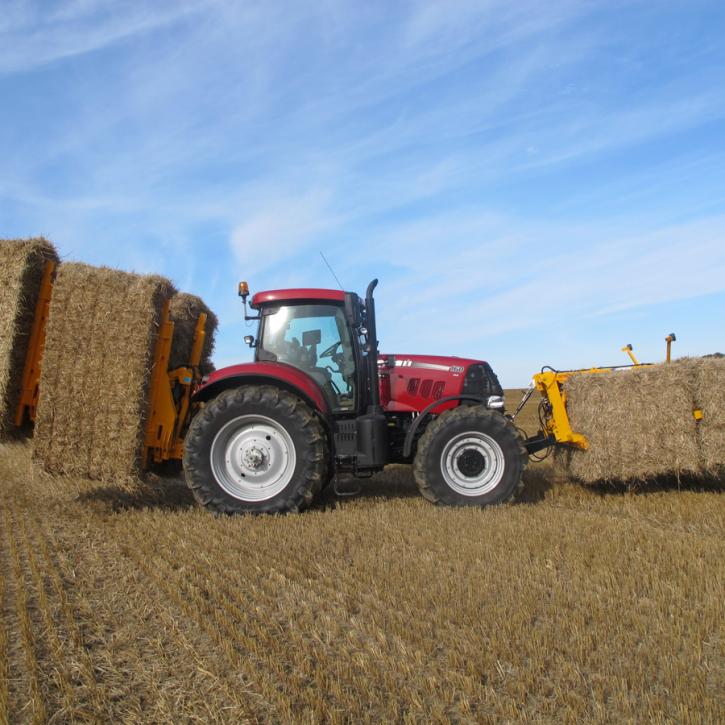 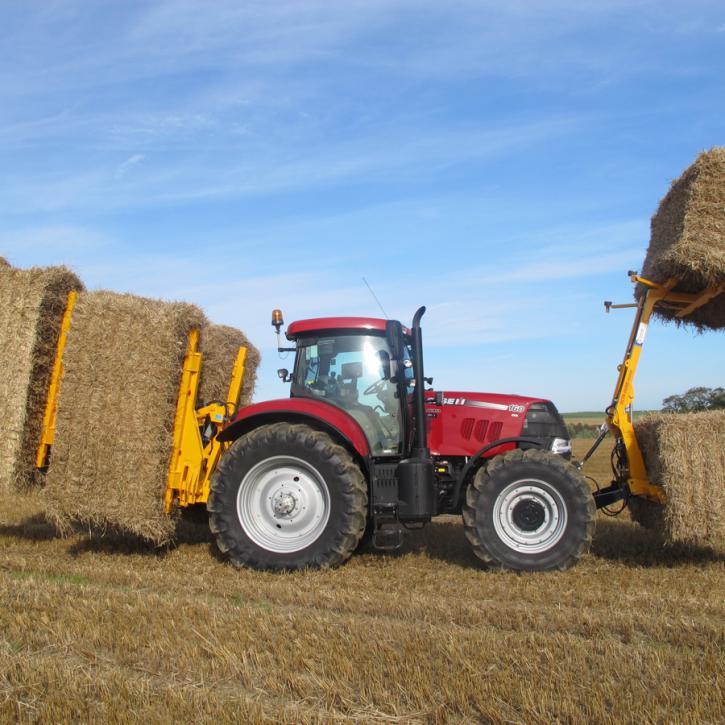 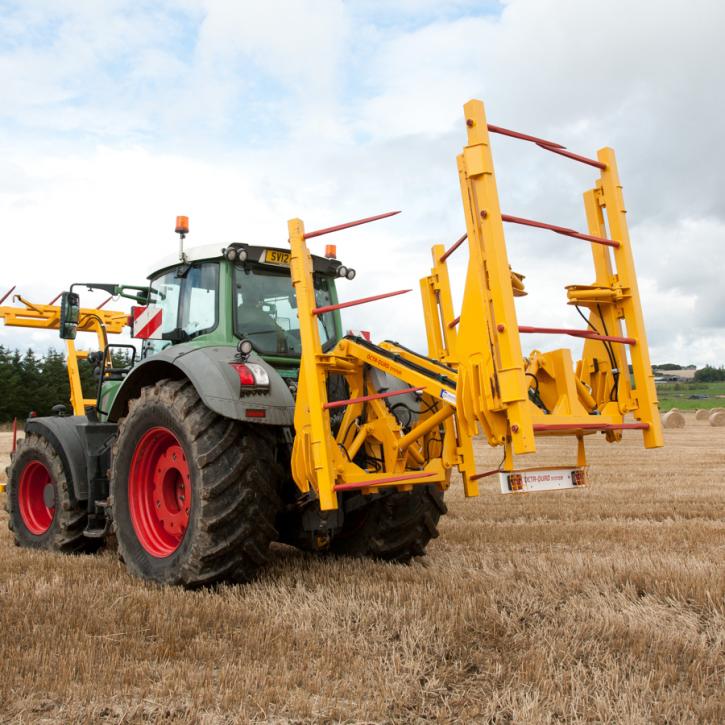 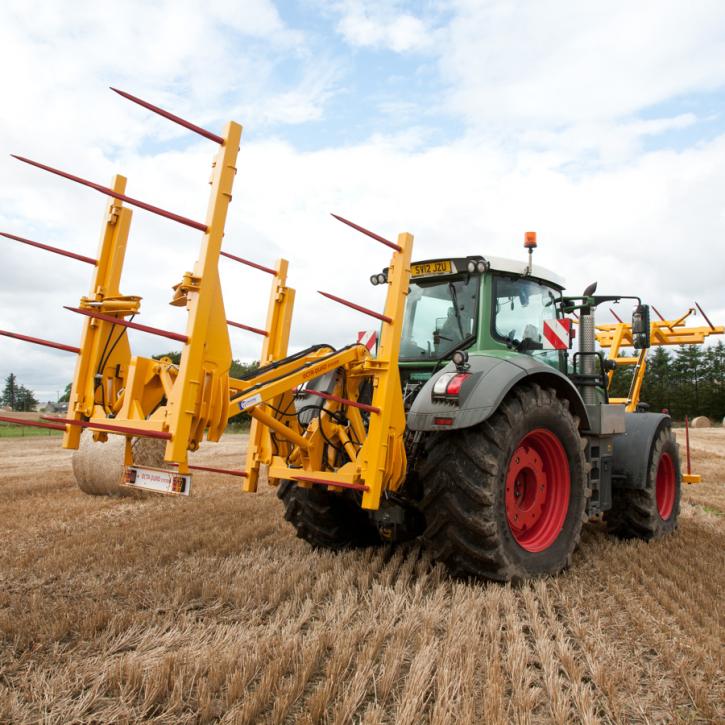 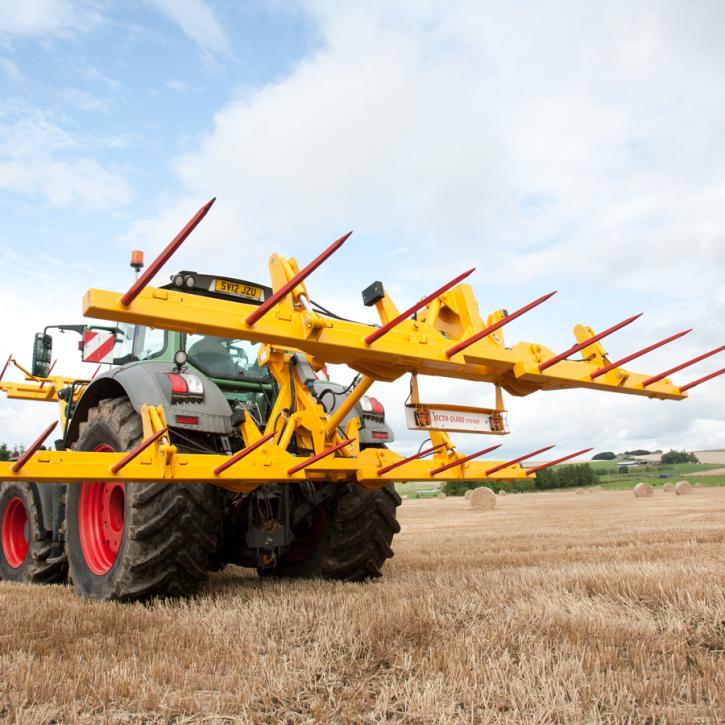 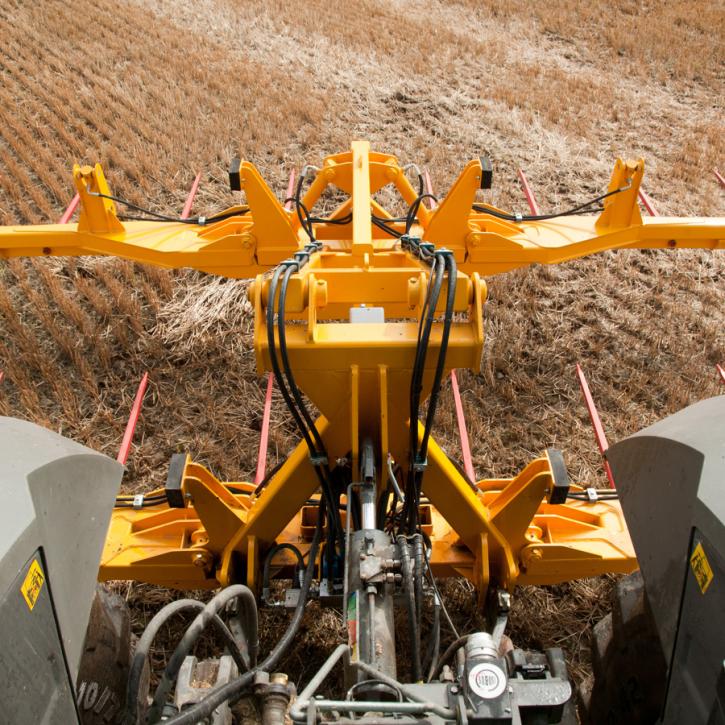 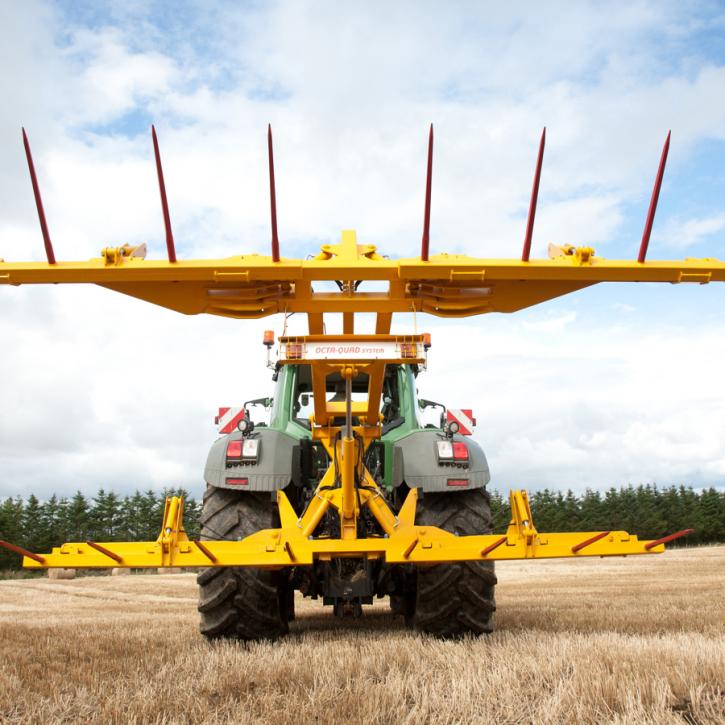 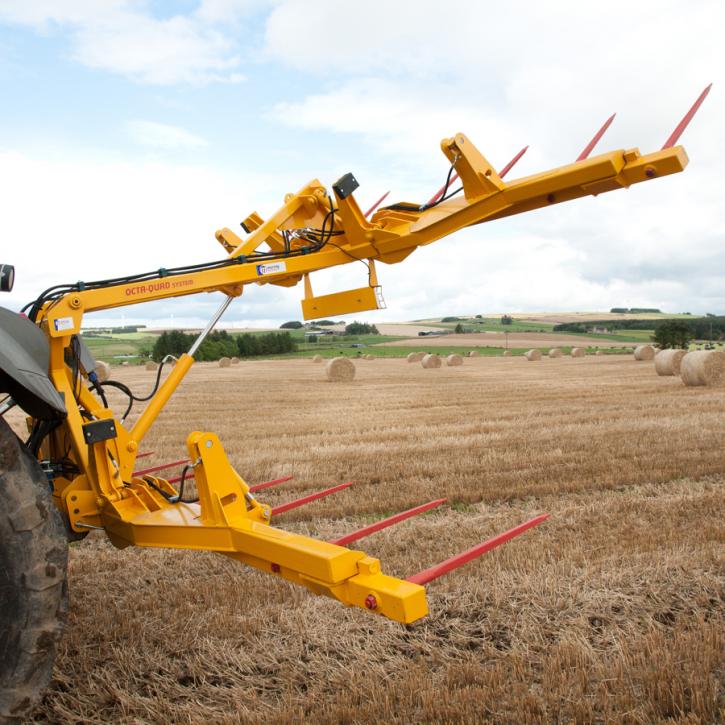 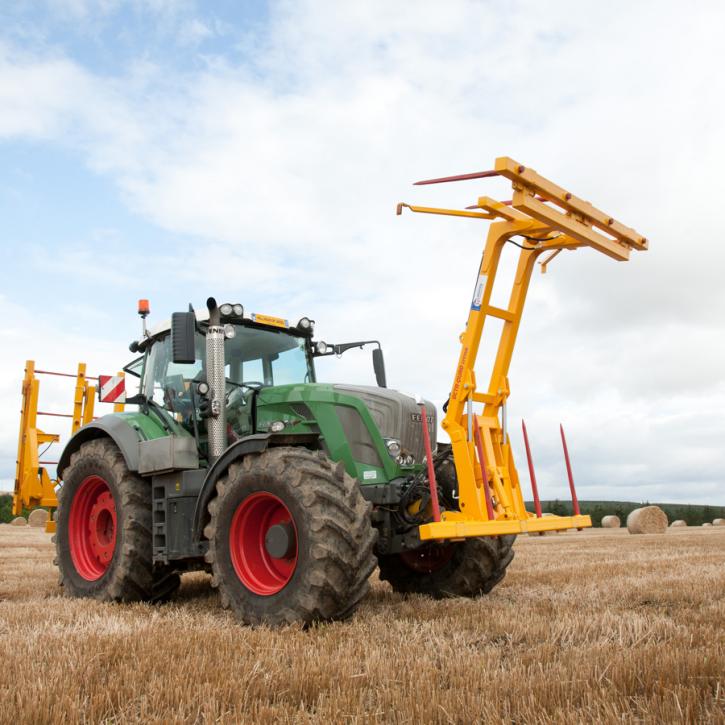 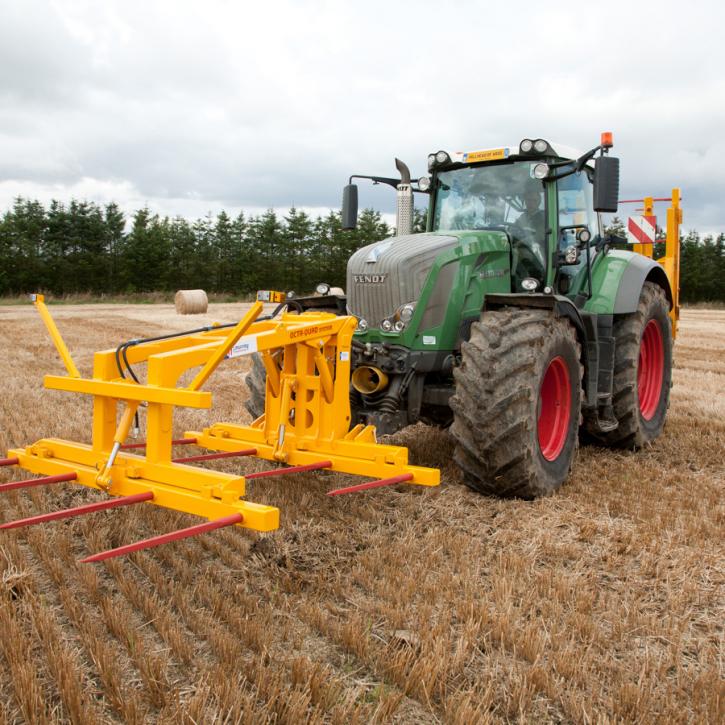 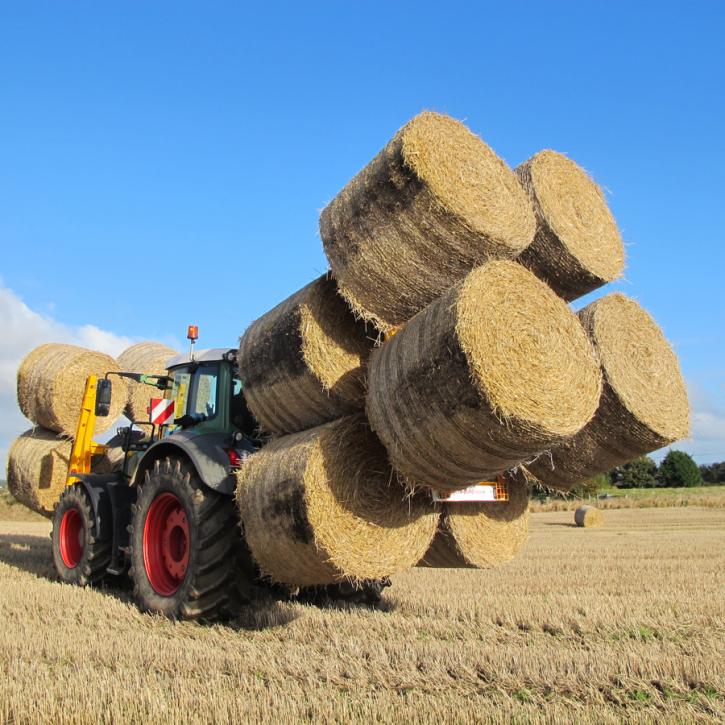 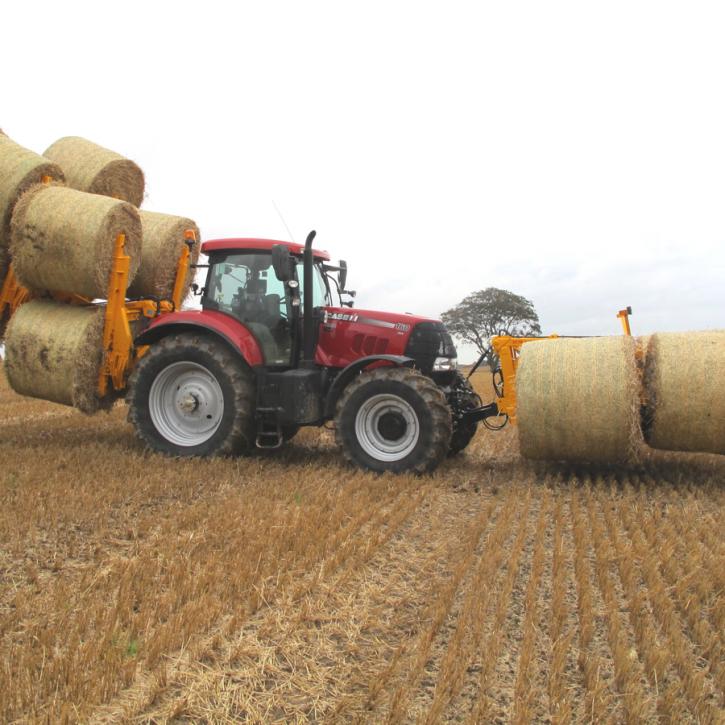 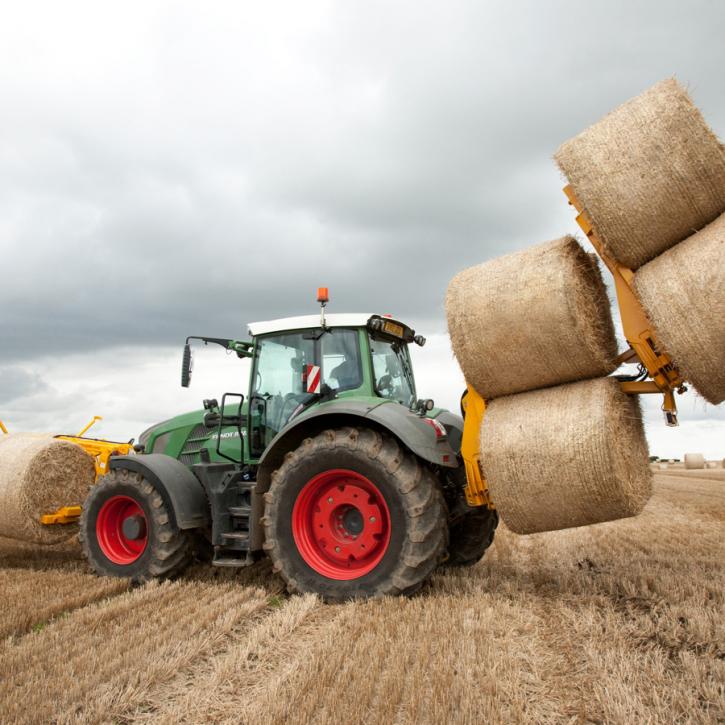 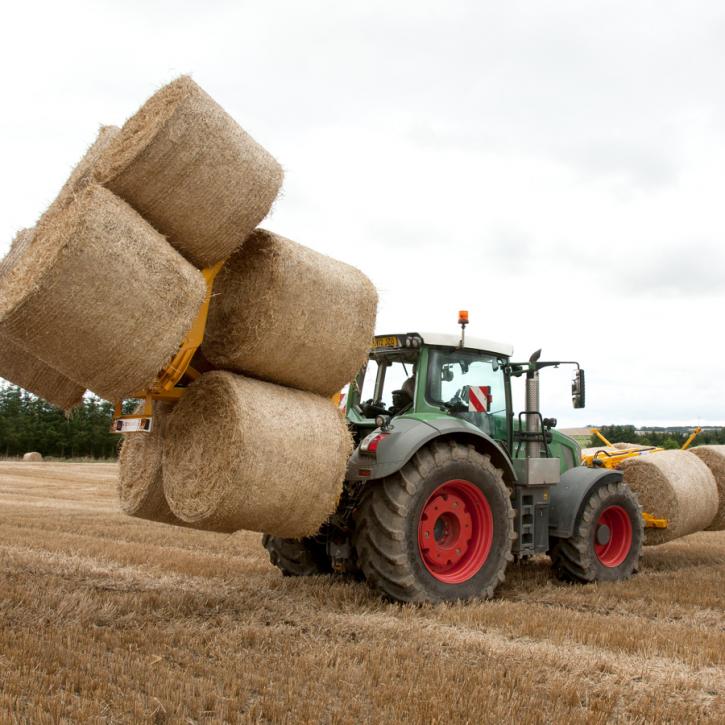 The rear multi bale spike transporter fits on to the rear linkage of any large tractor and can uplift eight round bales in two tiers, four round bales on the upper frame and four round bales on the lower frame, both the upper and lower frames consist of two folding ‘wings’ hinged left and right to a central frame, and are activated by hydraulic cylinders. Once the four bales have been spiked onto the upper and lower frames, the wings can then be folded up from the horizontal position to a vertical position, therefore changing the bale width from four wide to two wide.

Please see our YouTube channel to see our Murray Machinery Octa-Quad in action.